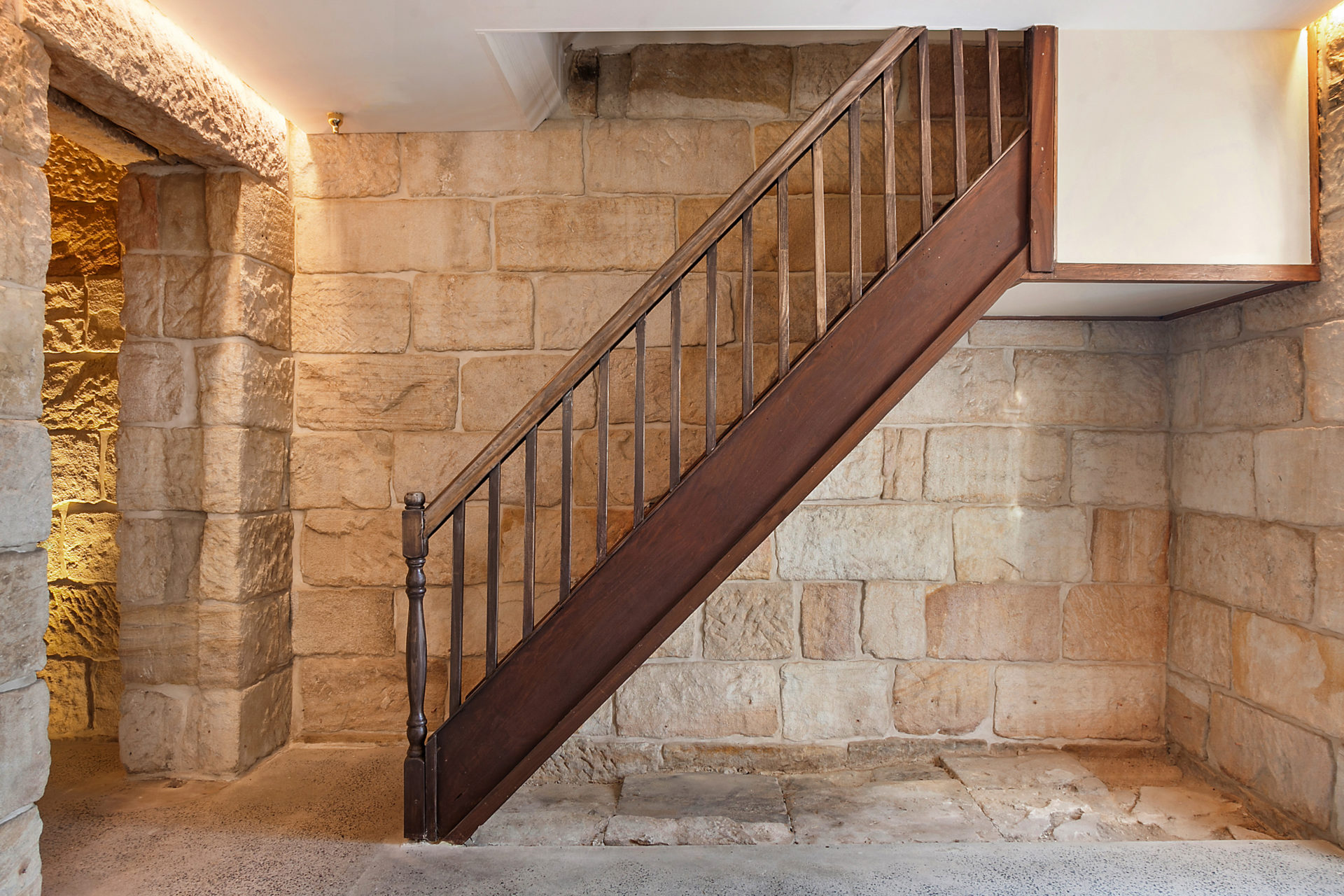 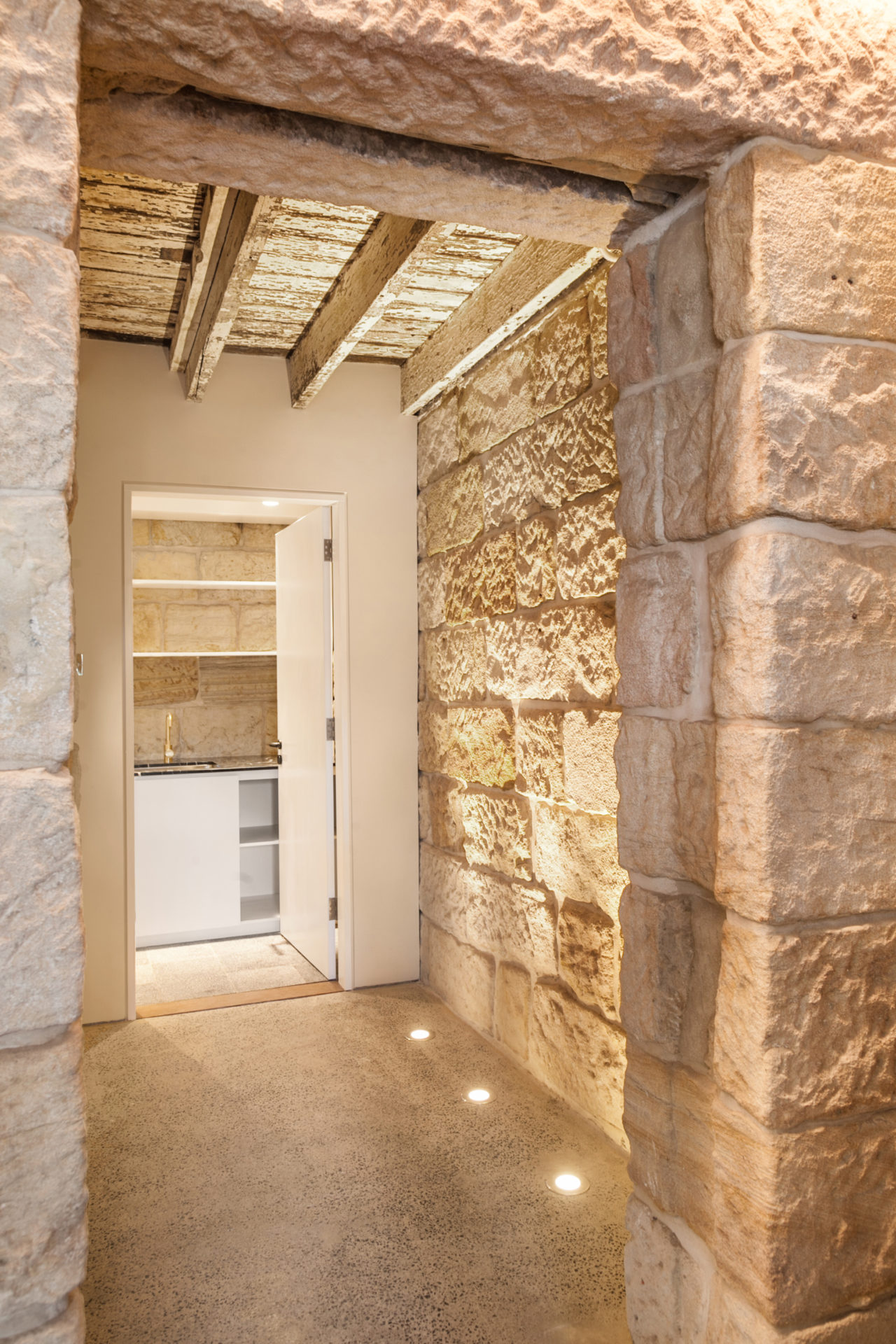 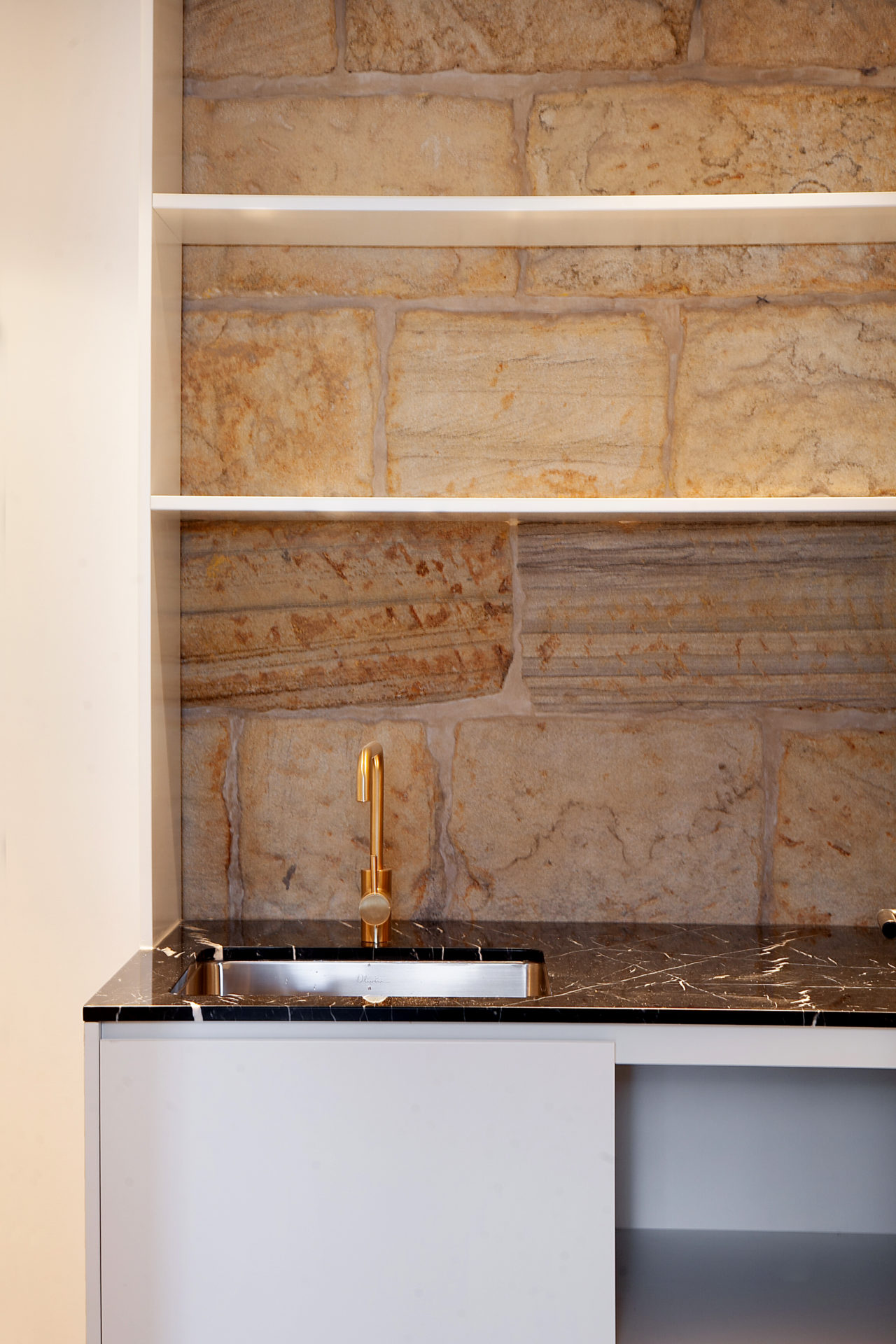 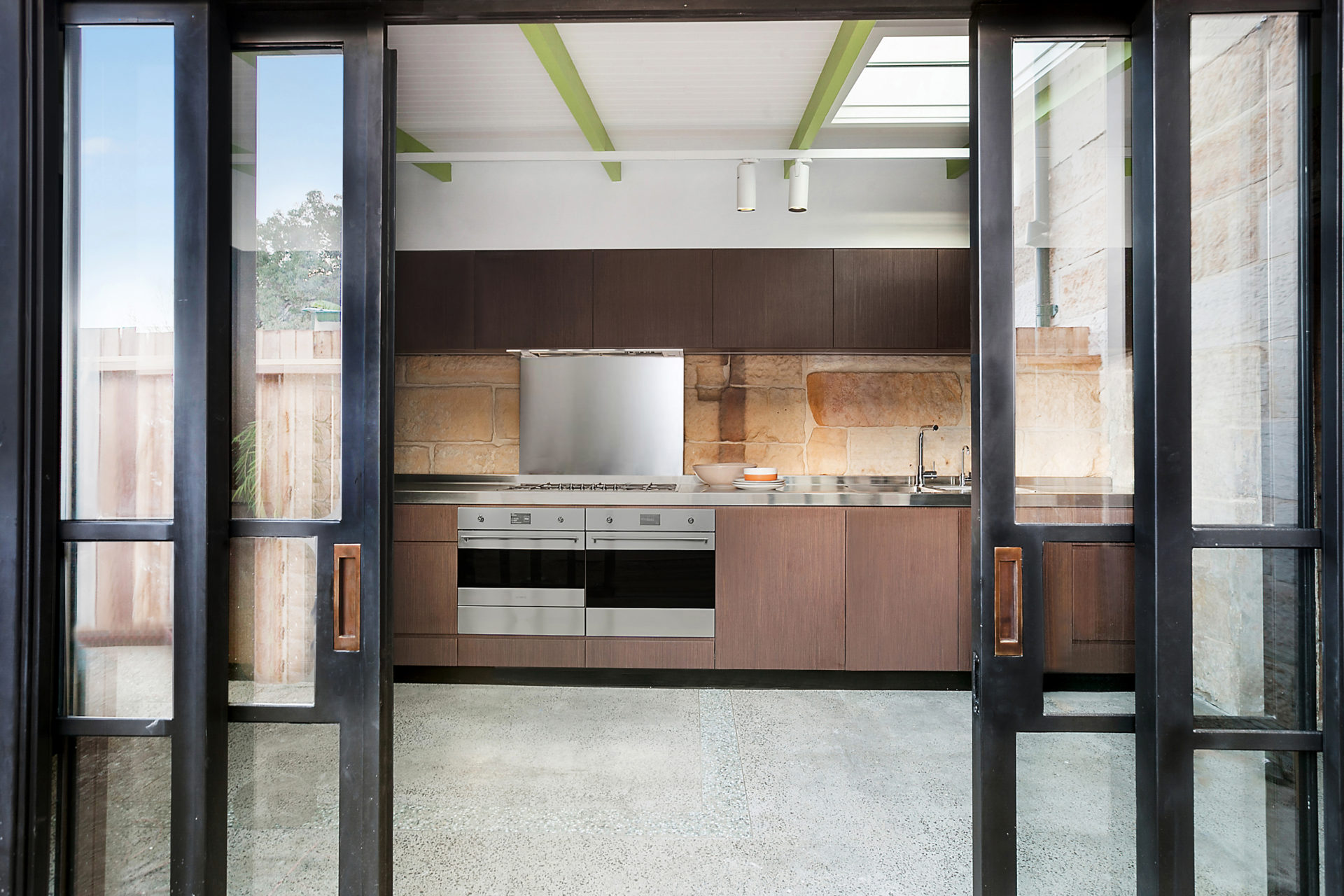 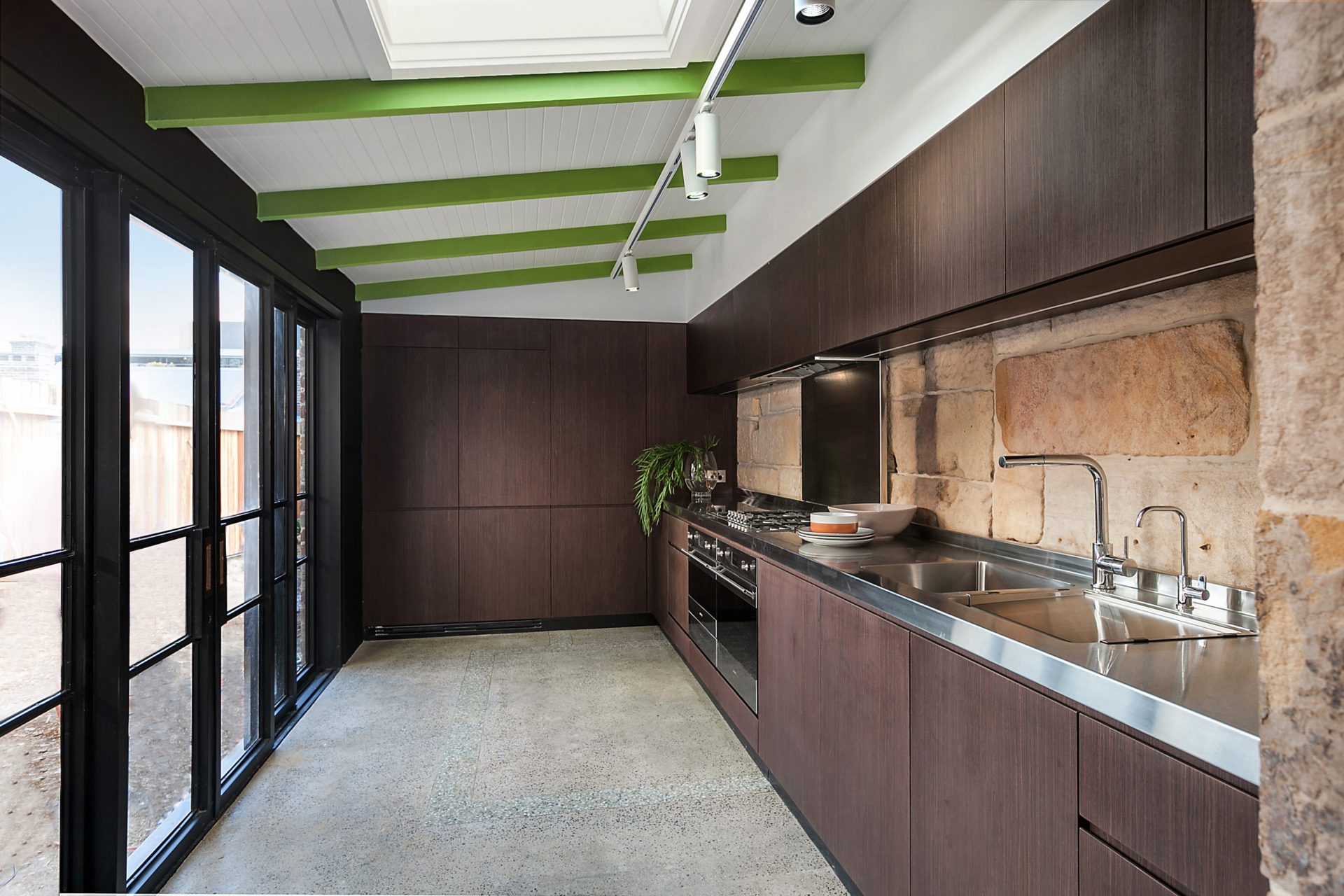 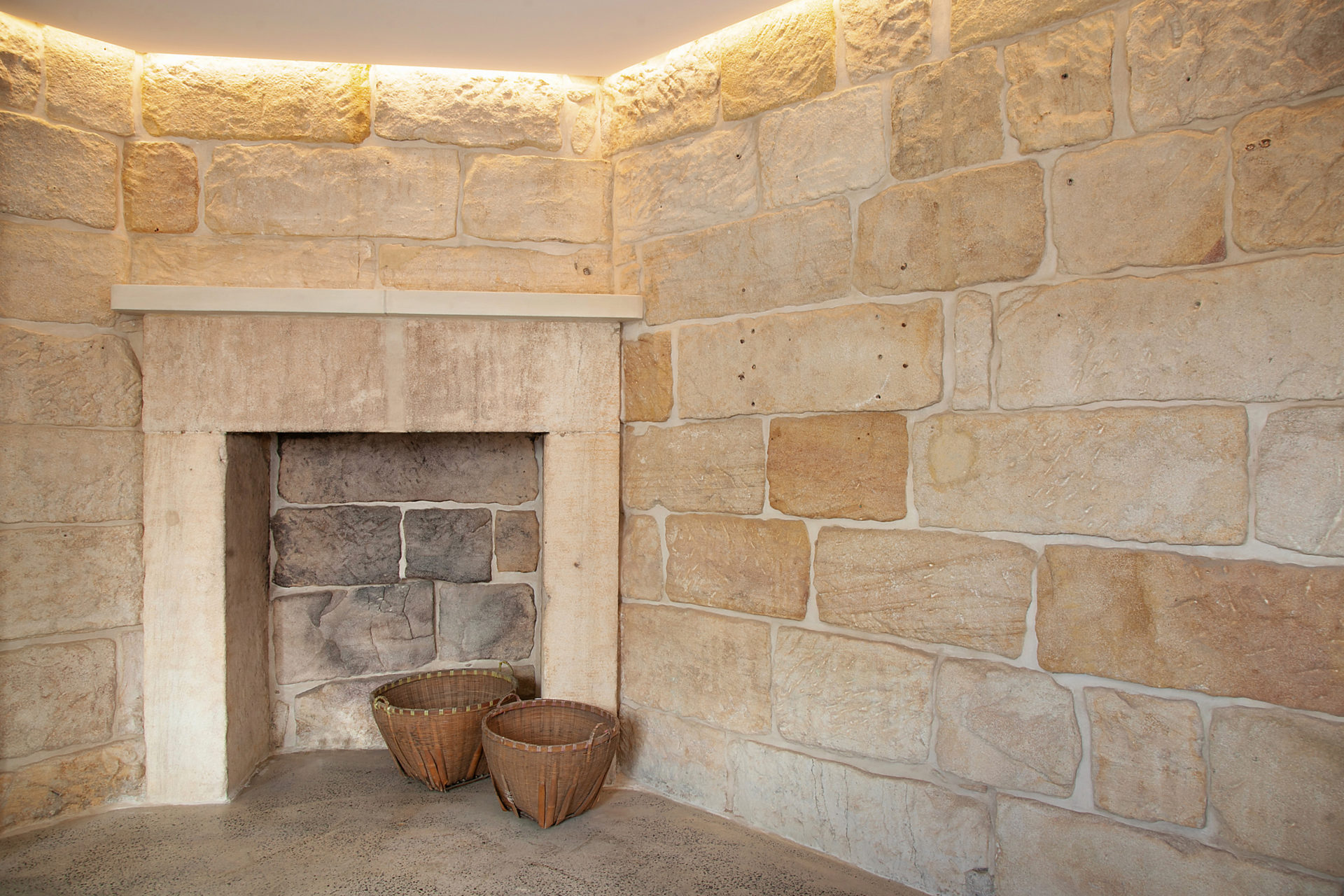 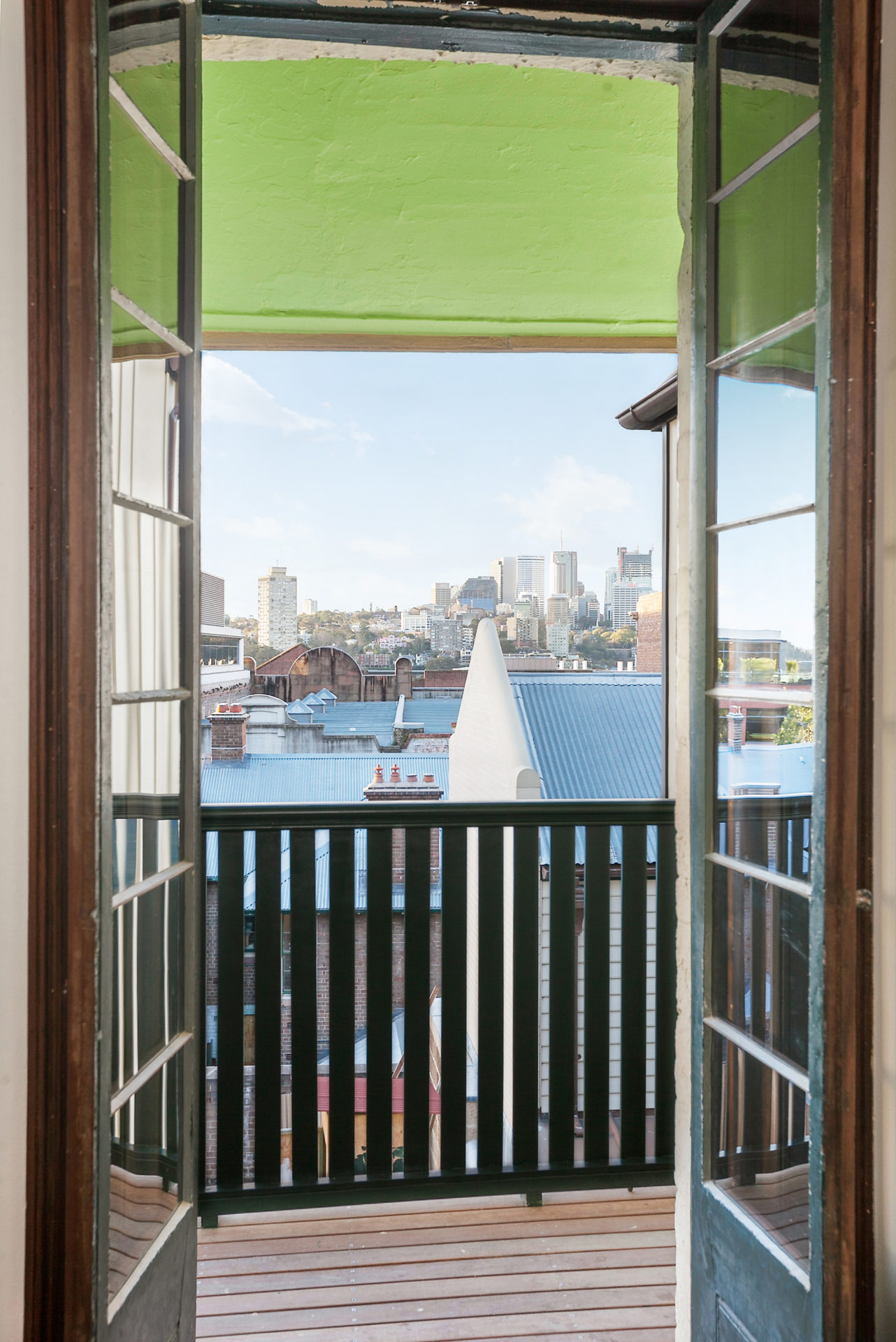 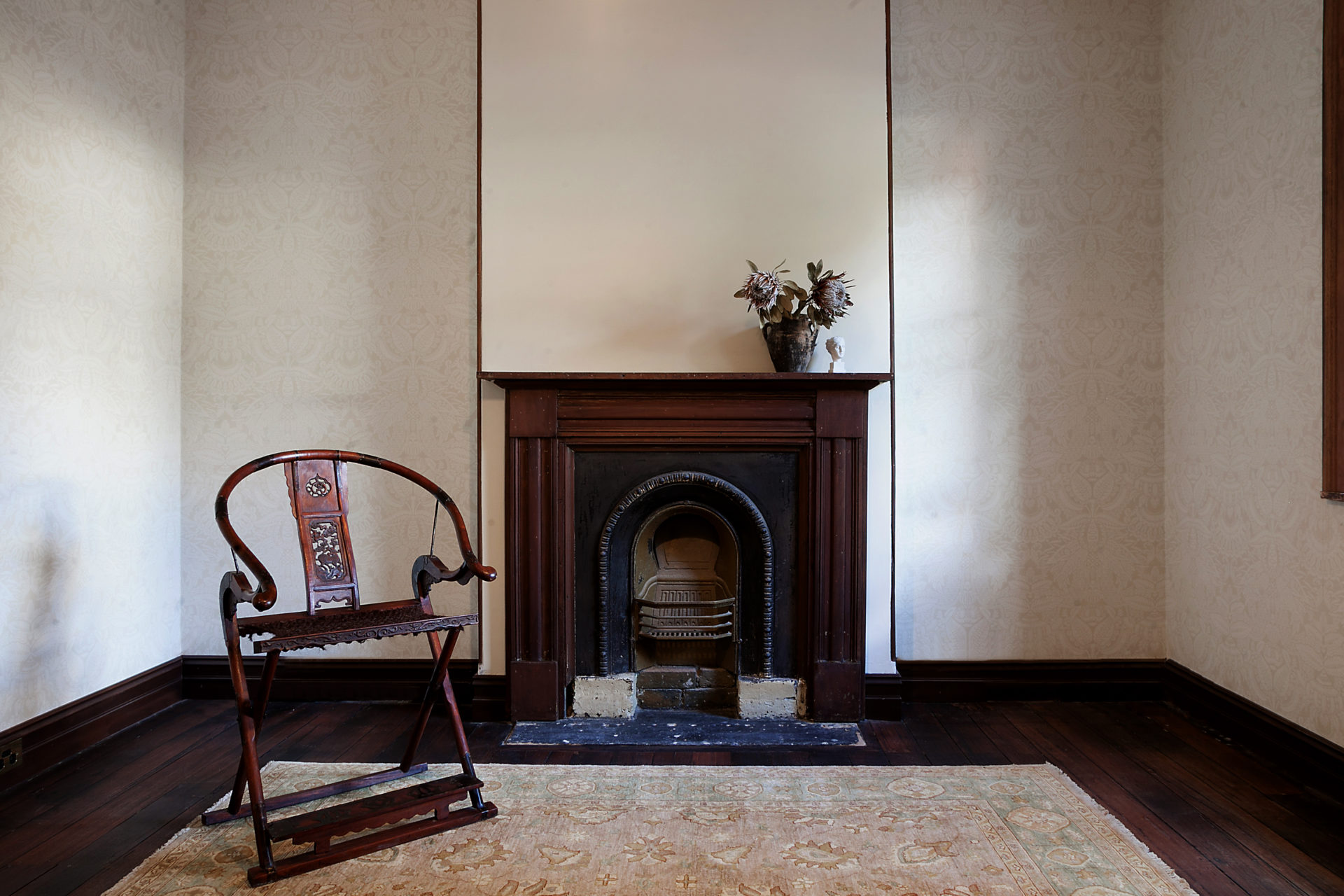 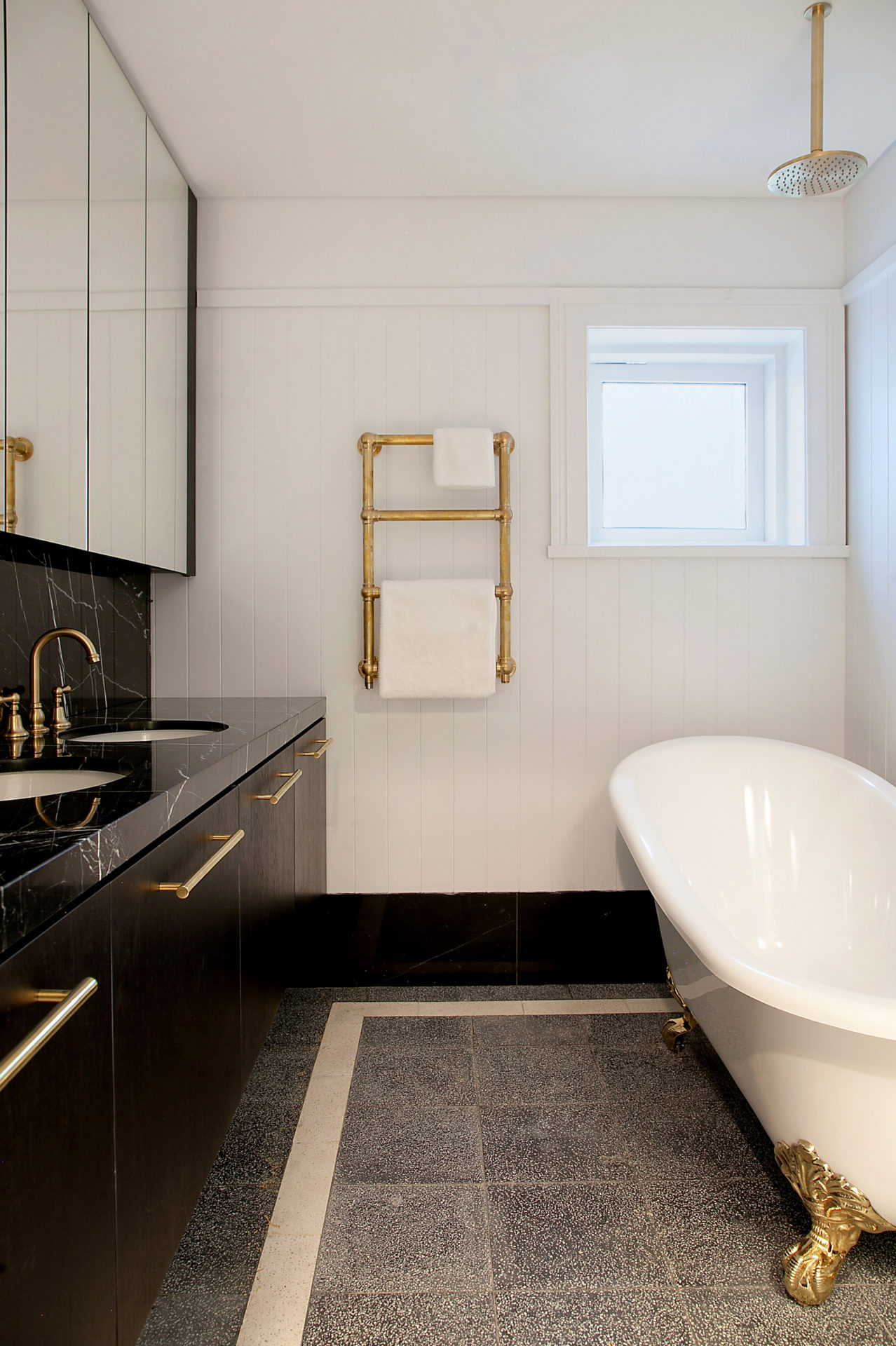 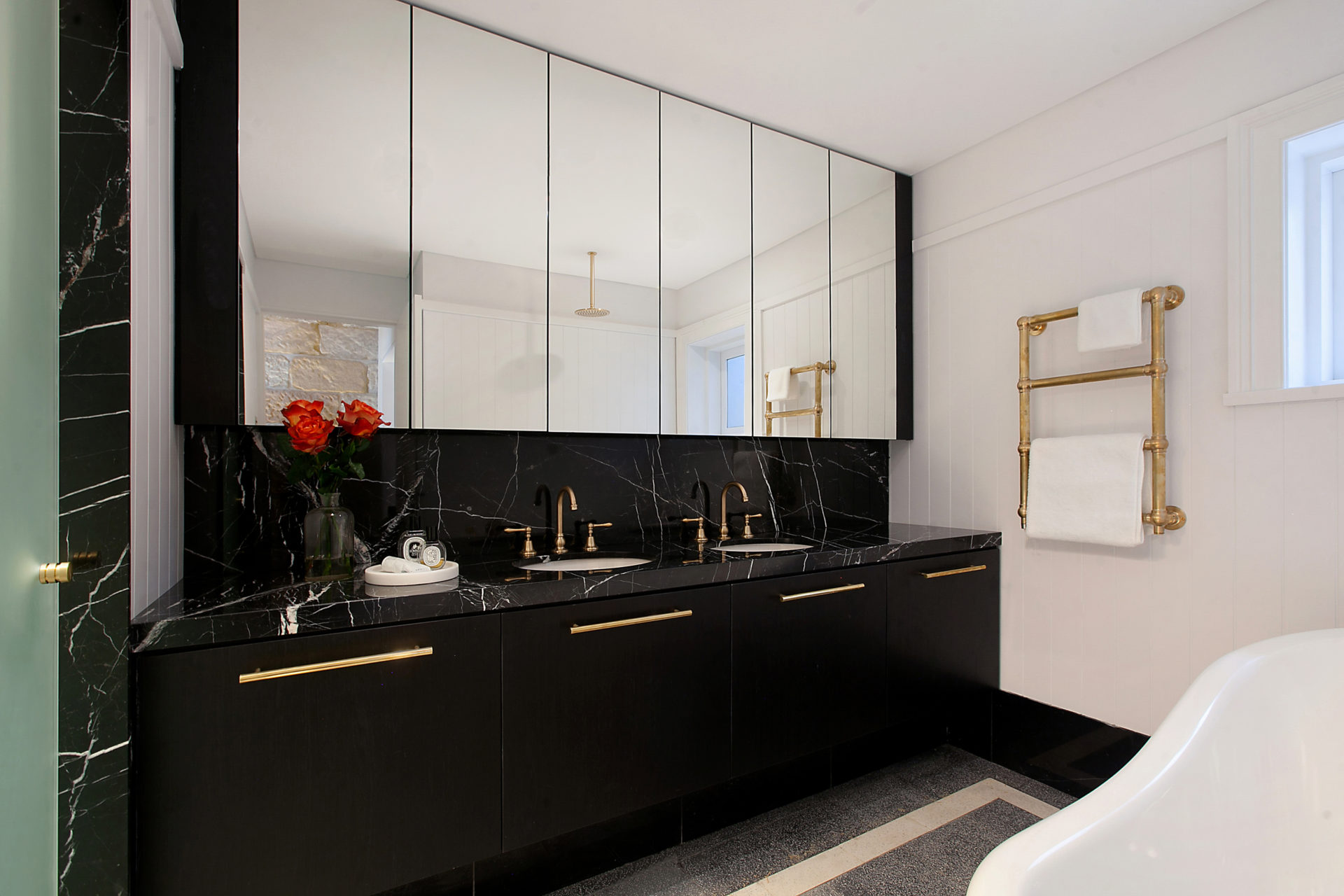 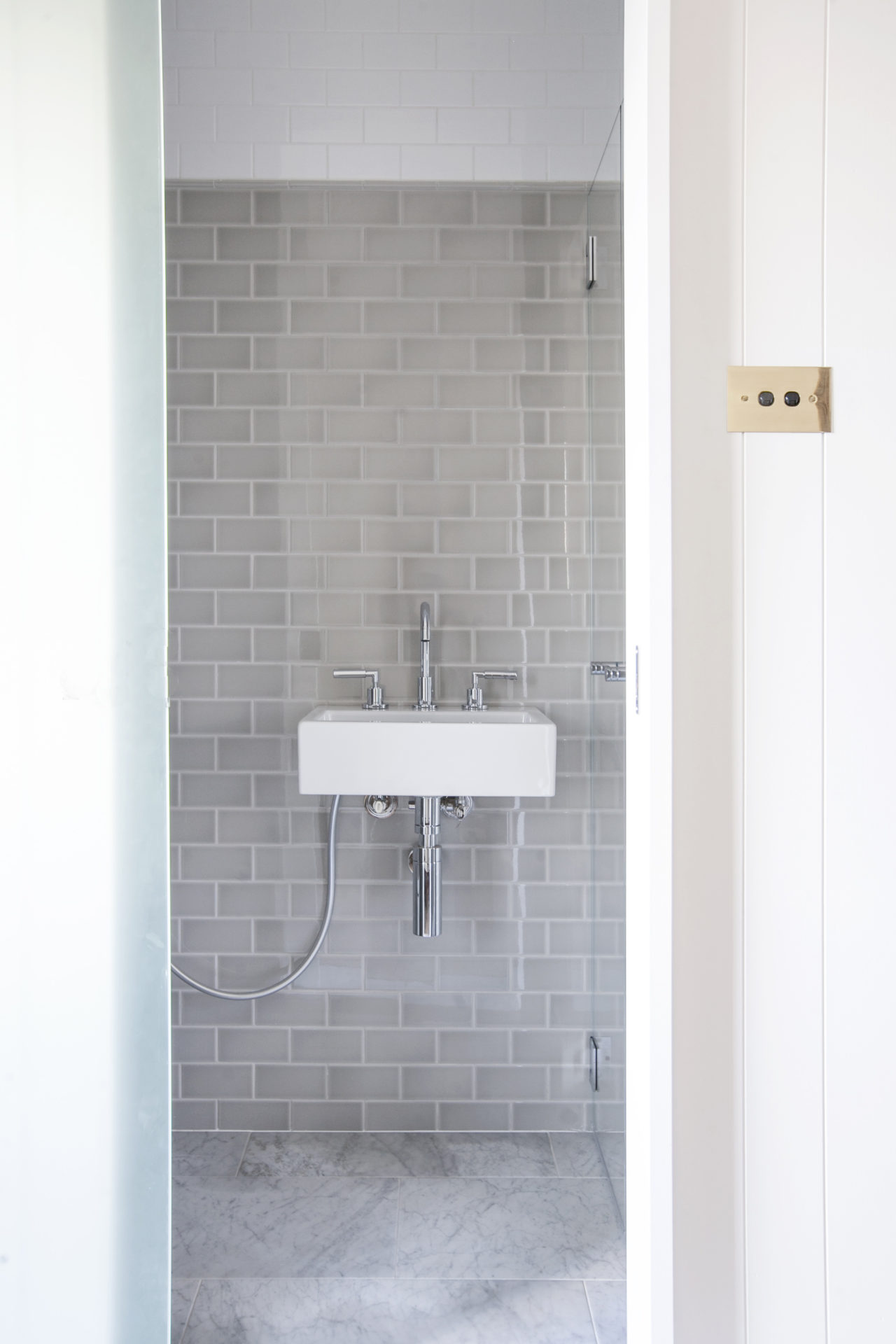 This project included conservation and interior design works to this 1840s terrace house in Millers Point. The house is state heritage listed but is also located within a heritage conservation area.

Prior to the works, the house had lost a lot of the original character. The basement sandstone walls were covered in cement render, cove cornices and other cheap and poorly thought out finishes had been applied throughout. A lot of restoration and conservation works were carried out but in a thoughtful way so as to avoid faux applications within the dwelling. Works to the house included a new kitchen and reconfiguration of the basement level to allow an internal bathroom and laundry. The dining room was carefully designed to include hidden lighting to illuminate the sandstone walls which were carefully exposed by hand by removing the cement render. Layers of paint were also removed to restore the hardwood details throughout the house. A new polished concrete slab was installed.