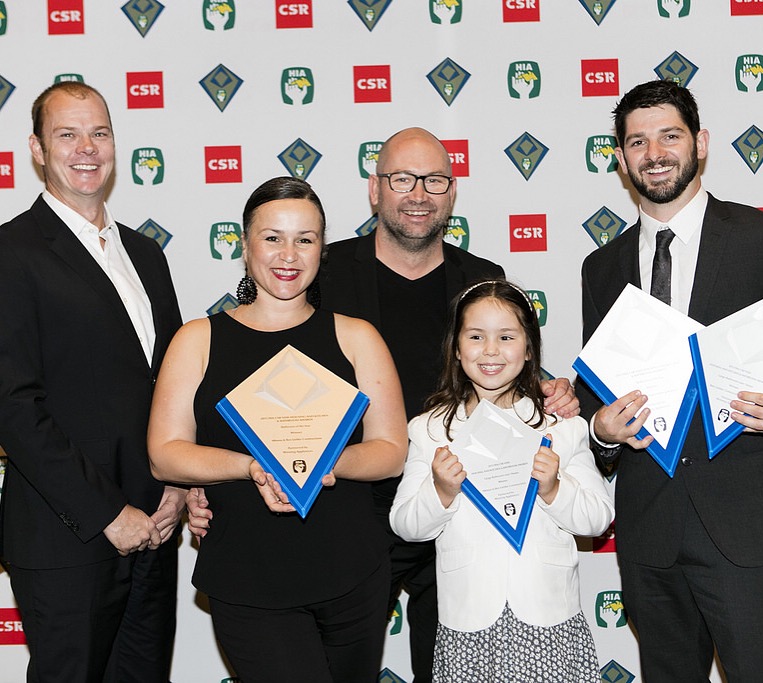 We are proud to announce that we won in both categories which will take us to the 2015 HIS CSR National Kitchen & Bathroom Awards!

“In this high quality bathroom everything comes together – the material choice, design, functionality and craftsmanship – in one cohesive package. Detailed ambient lighting for the raised bath and overhead cabinet all well executed. The opportunity to create an ambiance in the bathroom is created by having the toilet separated but still within the space – an artistic bathroom in every way.”
– HIA Housing Magazine

The ‘Bathroom of the Year’ award acknowledges quality of workmanship in the manufacture and installation of a complete single residential bathroom, as well as demonstrating technical & BCA compliance, innovation and design appearance (hia.com.au).